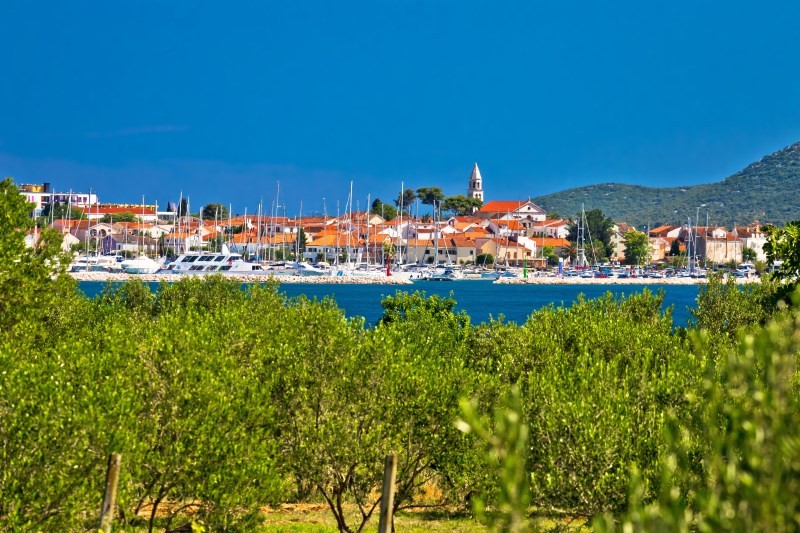 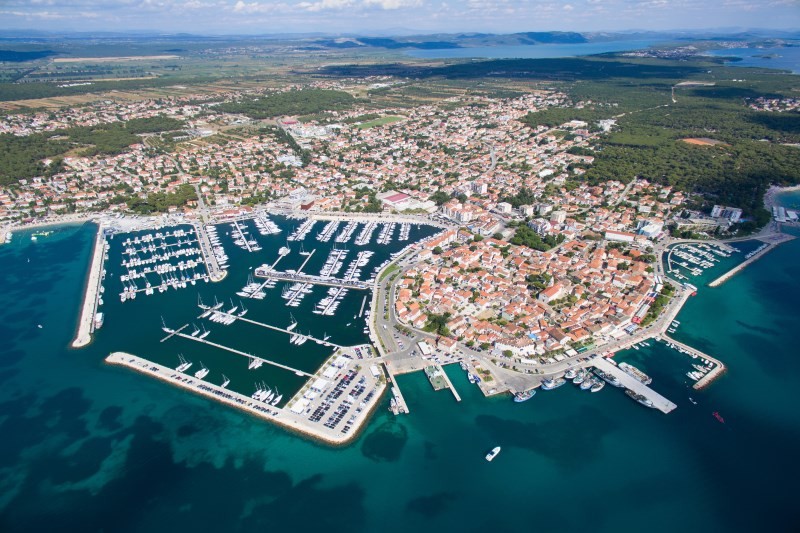 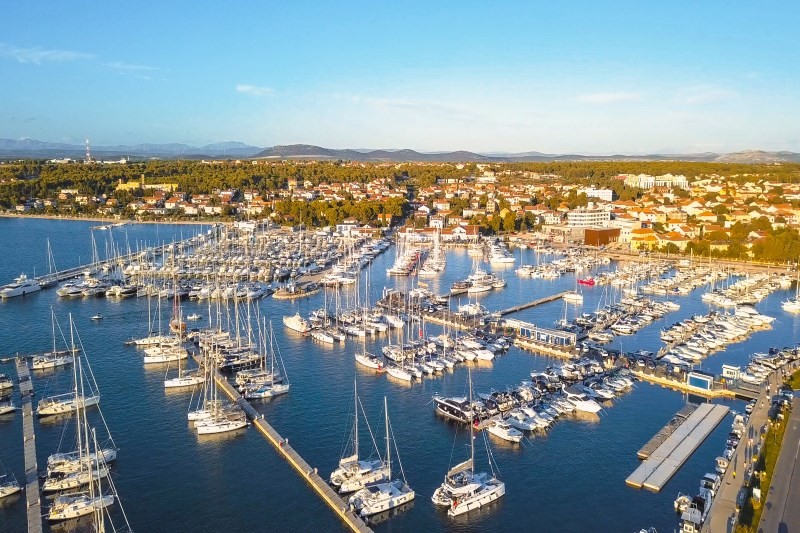 ◀ ▶
Biograd na Moru, a city and port in northern Dalmatia, is situated 28 km south of the city of Zadar. It is located on a small peninsula and on the mainland. On the north side, there is Bošana Cove and on the south side, Soline cove. Soline Cove has a large sandy beach open to the public and surrounded by pinewoods. Biograd is a local commercial and traffic center well connected with its hinterland, surrounding coastal localities and small towns on the island of Pašman. The islands of Planac and St. Catherine (with a lighthouse) are in front of the town.
Thanks to its position on the most indented part of the Adriatic coast, this region offers excellent possibilities for nautical tourism and sailing as few places on the Mediterranean do. Three national parks are located in its proximity: Paklenica, Kornati archipelago and Krka Falls, and there are also nature parks such as Telaščica and Lake Vrana.