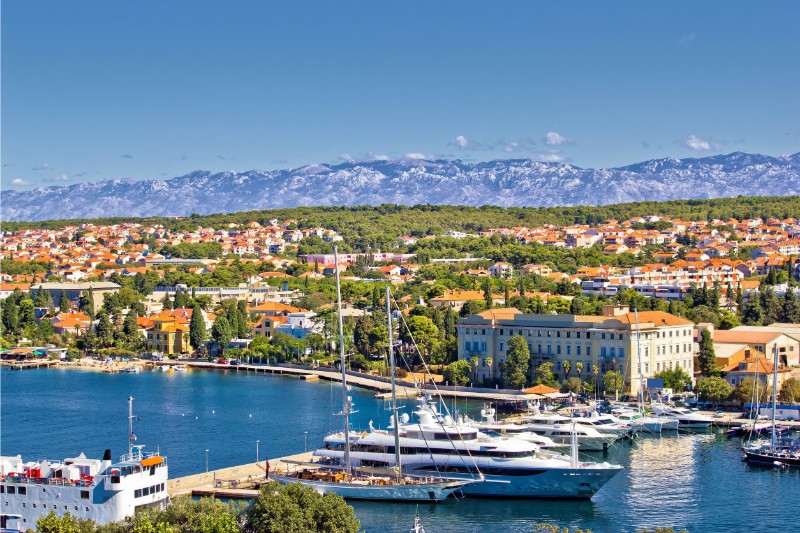 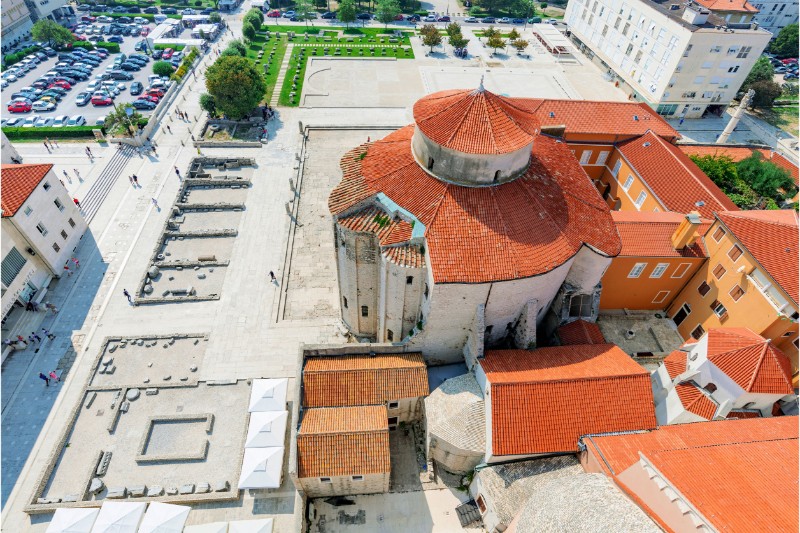 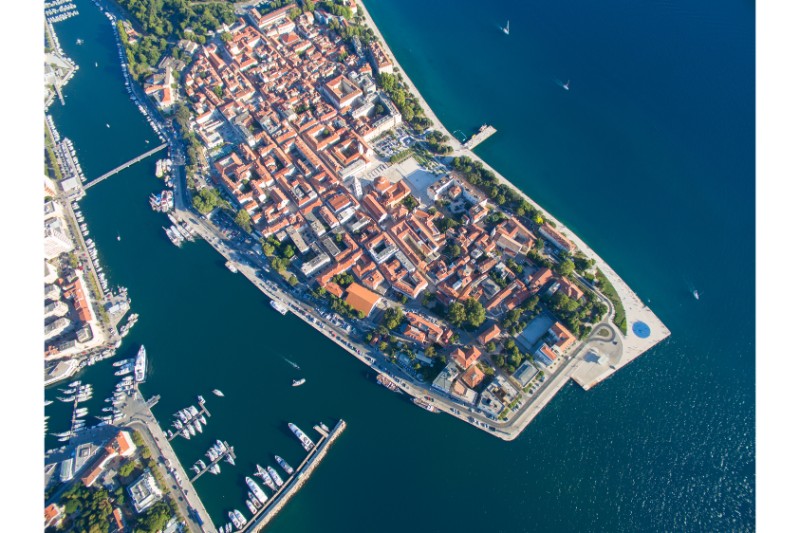 ◀ ▶
Zadar is a city in the center of the Croatian coast. It is full of historical and cultural monuments. During Roman rule Zadar acquired the characteristics of a city with a regular road network, the main square – the Forum, and next to it an elevated Capitolium with a temple. The Church of St.Donat is a symbol of the city.
The city of Zadar is an easily reached destination by land, sea or air. The 'Sea Organ' is situated on the Western end of the Zadar Riva and can be observed as a differently shaped part of the coast which consists of several stairs that descend into the sea. Also, the best sunset view is at the 'Greeting to the Sun'. It consists of three hundred multi-layered glass plates placed on the same level as the stone-paved waterfront in the shape of a 22-meter diameter circle. Under the glass conduction plates, there are photo-voltaic solar modules through which symbolic communication with nature is made, with the aim of communicating with light, just as the Sea Organ does with sound.