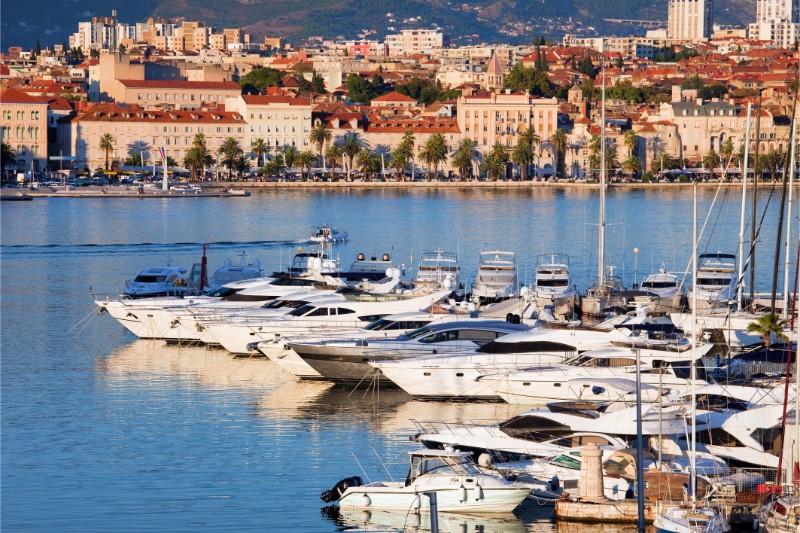 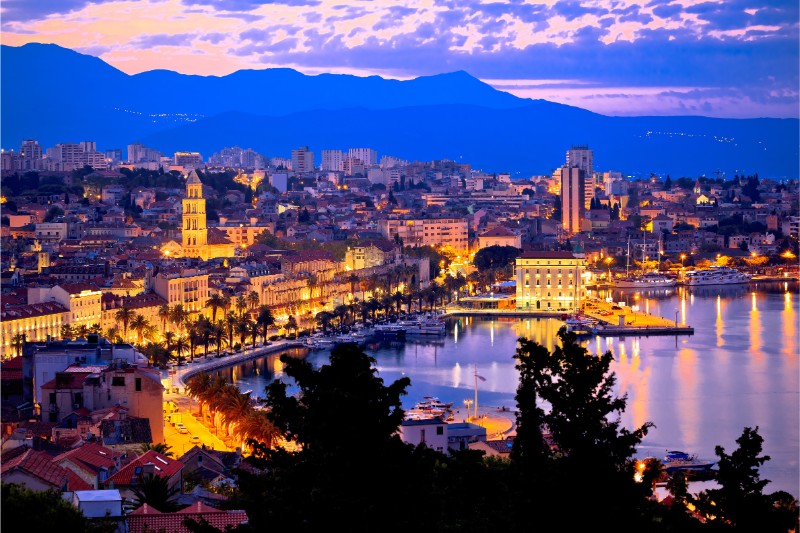 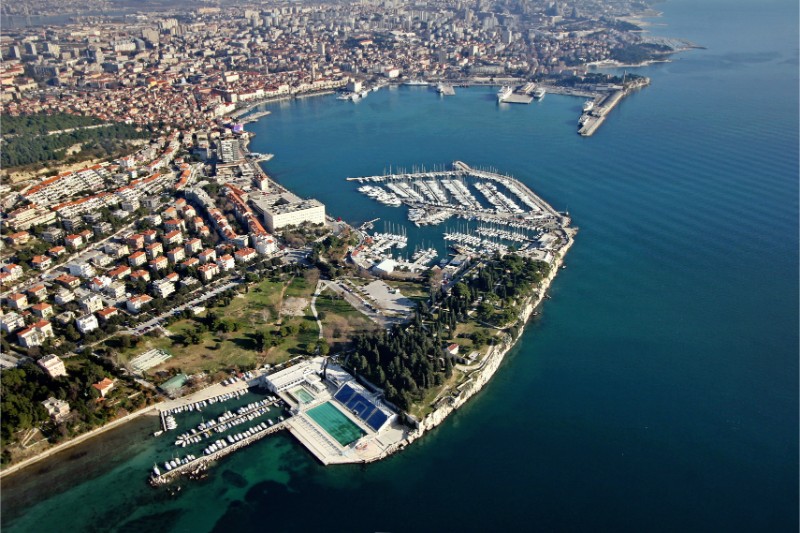 ◀ ▶
The town of Split, or the ‘Mediterranean flower’, is the second largest city of Croatia, after Zagreb. The city was originally built around Diocletian’s Palace - a fortress-like palace built for the retired Roman emperor Diocletian, where the locals sought refuge many centuries ago. The Roman emperor built it so that you could actually come into the palace by boat. The Old Town of Split has been a UNESCO World Heritage Site since 2014. and is an exceptional treasure. There is the cathedral of Saint Dominus which has a truly impressive history and is also the most well-preserved temple in Europe.
The Marjan hill is located above the city, on the Western side. When you climb up there, it will take your breath away with its beauty! It will also make you forget about all the efforts that were needed to get there. On the Northern side of Marjan you can take a swim at the best beaches in Split.