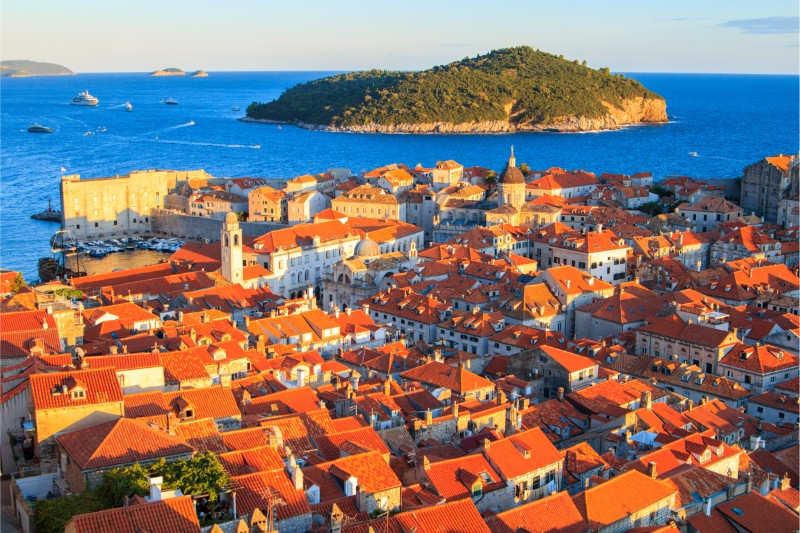 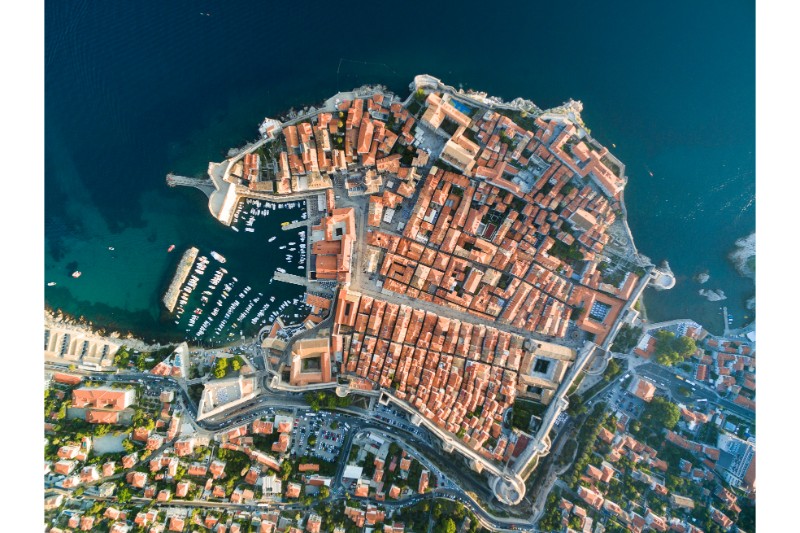 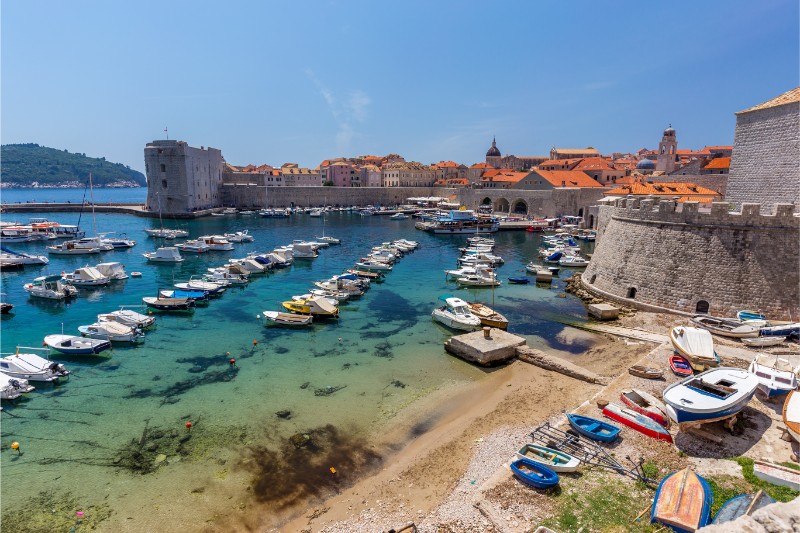 ◀ ▶
Dubrovnik is probably one of the best-known tourist destinations in the Mediterranean. Its largely unchanged traffic-free Old Town, which is surrounded by impressive stone city walls and is recognized as a UNESCO World Heritage Site. Wandering through the streets of Dubrovnik you can easily feel the power that this free city had during its heyday in the Middle Ages, rivaling such other maritime powerhouses as Venice. In contrast to many other traders and explorers of their time, the people of Dubrovnik emphasised the importance of diplomacy and the concept of freedom. Dubrovnik is currently on the bucket lists of many new visitors due to the fact that many parts of the Old Town feature as a backdrop in the HBO cult show “Game of Thrones”.
The Old Town of Dubrovnik is surrounded by medieval city walls. There are two gates - Pile Gate and Ploče Gate. Immediately inside the Pile gate, you will see the first of many attractions in the Old Town, the Large Onofrio Fountain. Straight ahead is the Placa, also known as Stradun, the main street of the city. At the end of this street, you will find the most prominent buildings such as the Church of St. Blaise, the Rector’s Palace, and the Sponza Palace. Other tourist attractions include the oldest still operating pharmacy of the world in the Franciscan Monastery, the Dominican Monastery with it's fabulous steps, the beautiful old port, and the Dubrovnik Cathedral.